Well, I’ve avoided it for long enough. Despite all the praise and the Booker Prize, the religion-factor was keeping me from reading this book. I didn’t want yet another story trying to convert me to whichever faith. But the movie trailer and the consistently ongoing great reviews changed my mind. And I’m incredibly grateful.

LIFE OF PI
by Yann Martel

First sentence: My suffering left me sad and gloomy.

The son of a zookeeper, Pi Patel has an encyclopedic knowledge of animal behavior and a fervent love of stories. When Pi is sixteen, his family emigrates from India to North America aboard a Japanese cargo ship, along with their zoo animals bound for new homes.
The ship sinks. Pi finds himself alone in a lifeboat, his only companions a hyena, an orangutan, a wounded zebra, and Richard Parker, a 450-pound Bengal tiger. Soon the tiger has dispatched all but Pi, whose fear, knowledge, and cunning allow him to coexist with Richard Parker for 227 days while lost at sea…

This book surprised me in many ways. It did not – as the author’s note claims – make me believe in God. But it did make me believe even more in the power of storytelling, of writing, and of creating. We get to know Pi Patel right from the beginning, witch the origin of his name. The first third of the book deals entirely with zoo animals, Pi’s childhood, and his pursuit of all religions available to him. If only all religious people were like Pi… I will make myself very unpopular by saying this, but I – as an atheist – believe that organised religion, the way it exists now in our world, is simply terrible. It accosts for so many wars and evil deeds that I find it hard to believe it all stems from the belief in a God that preaches love and truth and friendship. Something can’t be right there…

I challenge anyone to understand Islam, its spirit, and not to love it. It is a beautiful religion of brotherhood and devotion.

But back to the story. Once Pi and a handful of zoo animals are stranded

on a lifeboat and commence their incredible journey on the Pacific, I was drawn into his story and caught myself in a state of tense emotion. I cared about Pi, as I cared about Richard Parker. I loved (and hope Hollywood won’t mess this up) that the friendship between Pi and the tiger wasn’t cheesy or unbelievable. They didn’t cuddle up to sleep at night, the tiger didn’t allow Pi to pet him. It was a carefully balanced act of peace, all set around the rules of animal life. It may not make for as soppy a story as some people might like, but I adored the lack of Coelho-like pseudo-meaningfulness. This is just about a boy, pushed to the limits of survival, dealing with a Bengal tiger the only way you can deal with one – on its own terms. These are terms of territory (read: mark it by peeing), and domination.

Yann Martin has a fresh, youthful writing style that makes the story both easy to read but also hits home when intended. Who would have thought that a lifeboat, a boy, and a tiger in the middle of the Pacific could entertain me so much. And for so long? Pi’s character is lovable throughout the story. His application of logic, of reason, made me like him all the more. So people can believe in god (or gods, whichever you prefer) and not lose sight of how the world around them works. Pi is not a zealot, he is not bitter about other religions, he accepts all gods and all manners of faith, because they serve one simple purpose. They help him to live. His belief doesn’t hurt anyone, it doesn’t even show – happily, the author did not go overboard with spiritual musings and pretend it was god who saved Pi’s life. No, Pi’s accomplishments are his own, and neither author nor fictional character attribute it to any deity.

“We don’t want any invention. We want the “straight facts”, as you say in English.”

“The world isn’t just the way it is. It is how we understand it, no? And in understanding something, we bring something to it, no? Doesn’t that make life a story?”

This book may have one of the most perfect endings I have read lately (along with N.K. Jemisin’s The Broken Kingdoms). And you see how much it affected me by the way I talk about a fictional character as if he were real. Life of Pi is a book that I didn’t want to read. It will stay with me for a long time and, apart from useful survival tips if caught on the open sea in a lifeboat (with or without the tiger), it showed me once more how powerful a story can be.

THE GOOD: A highly original story with lovable characters, not a boring page, wonderful writing, and a perfect ending.
THE BAD: The blurb is slightly misleading. The story starts quite a while before the lifeboat.
THE VERDICT: Highly recommended. I don’t care who you are, what you believe in, or where you come from. If you like stories (or even if you normally don’t), this book is for you. 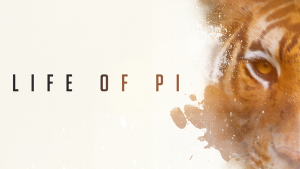