Peter Pan has been one of my favorite books since I first read it in school. I had known (and disliked) the overly sweetened Disney version before I ever picked up the book and maybe it is because of this that the book touched me the way it did. I can’t get enough of this children’s adventure story, nestled within which lies  a dark tragedy of a boy. Retellings, sequels, prequels, and spin-offs have been on my radar ever since. And because I’m currently reading The Annotated Peter Pan by Maria Tatar, I felt like looking at Neverland from a different perspective. 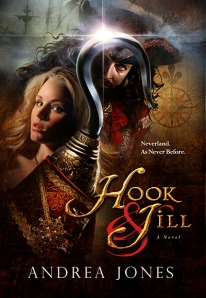 First sentence: When she woke, she was the woman in the bed on the ship in the sea, and she used to be Wendy Darling, who dreamt in the bed in the nursery of Number 14.

In this startling new vision of a cultural classic, Wendy intends to live happily ever after with Peter Pan. But Time, like this tale, behaves in a most unsettling way. As Wendy mothers the Lost Boys in Neverland, they thrive on adventure. She struggles to keep her boys safe from the Island’s many hazards, but she finds a more subtle threat encroaching from an unexpected quarter… The children are growing up, and only Peter knows the punishment.
Yet in the inky edges of the Island, the tales Wendy tells to the Lost Boys come true. Captain Hook is real, and even the Wonderful Boy can’t defend his Wendy against this menace. Hook is a master manipulator, devising vengeance for his maiming. Insidious and seductive, Hook has his reasons for tempting Wendy to grow up. Revenge is only the first.

I love Peter Pan. James Barrie’s original children’s story is perfection to me but I am not at all averse to reinterpretations, retellings or darker versions of Neverland. Régis Loisel’s comic book series Peter Pan is one of my favorite stories ever, and this Andrea Jones series promised to deliver something similar. Wendy grows up – which of course is against Peter’s rules – and becomes partial to Captain Hook. The title and the blurb both led me to expect a sort of dark romance between the well-mannered yet ruthless pirate captain and the innocent girl. That’s pretty much what I got, but I still can’t decide whether I loved or hated the book.

The first thing I noticed was the language. I will not make presumptions about what the author intended, I can only state how I perceived her writing. The style came over as if she was trying very hard to sound poetic. It ended up clunky, at times even pretentious, and out of character. Because there is not much plot so speak of, the focus lies on the characters and their development. Wendy secretly wants to have a romance, her very own love story, with Peter Pan – a thing, of course, that he can and will never give her, because that is on the threshold to grown-up territory. Wendy’s inner turmoil was intriguing to read, even though the style got in the way of itself a bit. As the story progresses, we get to see other characters’ viewpoints, most intriguing among them Hook. It was for him that I kept reading. Andrea Jones’ Hook is menacing, sinister, and sexy all at the same time. I found myself wanting Wendy to go to him.

Which leads me to the characters. Their development begins slowly and is well-done. We start out with well-known characters who I personally found believable. Peter is selfish and arrogant and adventurous, Wendy caring and prudent, Tinker Bell moody. Hook’s plotting will eventually draw Wendy over to his side and explore her sexuality as well as her will to make her own decisions.

The reason I am so torn about this is because despite my misgivings about the writing style, I was (for lack of a better word) hooked. I didn’t want to put the book away, I wanted to find out where all this build-up would lead. In the end, the pay-off fell a little short of my expectations. Some of the dialogue, especially towards the end, put me off, some storylines were just dropped (maybe to be picked up again in the next book?), and the last third of the book was full of logical mistakes and strange time and point-of-view jumps that made it both confusing and annoying. For example, Wendy – at one point – points a pistol at somebody’s head and fires. This person (I won’t spoil) falls down and I assumed they were dead. A bullet to the head from about a meter away will do that to you, right? The scene stops there, we follow another character for a couple of pages, and when we return, the person who just got shot gets up like nothing happened. The Neverland is a universe of magic, so I’m fine with people miraculously surviving lethal wounds, but it wasn’t even adressed! Nobody wondered how Wendy’s shot didn’t seem to have any effect, nobody even mentioned it. I went back and re-read that bit, sure I must have missed a paragraph, but no. It’s just never explained or even alluded to.

As this is an alternate Neverland sort of sequel, I didn’t expect things to be the same as in Barrie’s original play. But there were some details that rankled. Peter Pan can only remain an eternal child because he forgets things extremely fast. Even if his body were to never age, if he remembered all his adventures, his Lost Boys and his fairies, he would still mature on the inside. It is precisely his lack of memory that allows him to stay a boy forever. In this book, Peter remembered a surprising amount of details that made for interesting stand-offs in the end but didn’t feel like Peter Pan to me. In fact, and I assume that was the author’s intent, I found myself rooting for Hook instead of Peter.

This is certainly a book full of atmosphere, of character development and of discovering that you want to grow up. When I say growing up, I mean that to include sex. There is a fair bit of sexy time but never graphic, usually alluded to or described metaphorically. If I’m completely honest, I think Andrea Jones would make quite a good vaginal fantasy writer. She kept it classy, however, and while I wouldn’t necessarily give this book to children, I believe the sexy bits could be glossed over easily.

Then he woke her, and moving in Time to the rhythm of the sea, they began their dance.

What did I think? I was quickly sucked into this dark, yet recognisable version of Neverland and couldn’t wait to watch Wendy succumb to Hook’s charms. There are many good ideas and fantastic characters in this book, some of whose transformations were pleasantly surprising. That said, I found it to be overlong and unnecessarily drawn out. The ending, while satisfying in a way, lost a lot of atmosphere. I’d recommend this to fans of Peter Pan who want a dark and sexy twist on the beloved story and who don’t mind a slow-moving plot.

The Good: Character depth and development, surprisingly sexy yet subtle scenes, a villain to root for.
The Bad: Sometimes clunky, overly wanna-be poetic writing, logical mistakes, occasionally strange dialogue.
The Verdict: As a hardcore Pan fan, I wouldn’t want to have missed this. Even though I’m not a romance reader, I find myself wanting more Hook & Jill time and less repetition of people’s thoughts and feelings. Still, this is a good novel of an alternate Neverland, peopled by characters who dare to grow up.