Hello, fellow lovers of books. This month I believe I have taken on a bit too much. What with various challenges, my ever-changing mood and the poor books that have been queueing for a while, my current Books in the Queue is almost identical to my Currently Reading list. 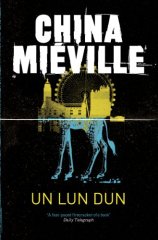 China Miéville is the guy I would like to have discovered when I was a teenager. I’m not sure my 14-year-old self would have made it through Perdido Street Station, but this young adult novel is just so  much fun. I picked it up because I wanted a nice big book that I could nibble at a little each night (and it’s on my TBR-challenge list). A mere couple of days later, I find I’m halfway done with the book. What? How did that happen? So I’m reading what feels like a little every day and just having fun discovering UnLondon. I am especially in love with the sentient empty milk carton, Curdle. 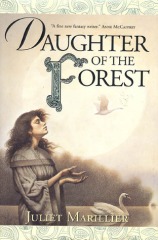 I have owned this book for so long, I can’t even remember. A few days ago, I finally picked it up (again, that TBR-challenge got to me) and found myself liking it quite a bit. I notice that I am reading this very slowly. I had a few hours at my disposal on the weekend and read, and read, and read. In the end, I saw that I had gotten about 50 pages into the book. It’s the opposite Miéville effect. That said, I really don’t mind. I like large books that slowly build an entire world and let me get into the characters’ heads. Sorcha, the protagonist, is a likable young girl, whom I enjoy following around. I am looking forward to the part where The Six Swans retelling begins, though. Also, I find myself looking for good music to go along with this book. It feels like it needs a soundtrack… any recommendations? 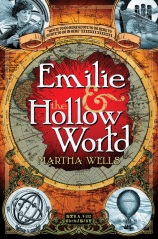 I got an e-ARC of this and have been reading on and off in it for several weeks. For a short book, it’s taking me an enormous amount of time. And it’s not bad at all. Emilie runs away from home to catch a ship to her cousin’s place. She ends up on the wrong ship and has to join an expedition to the inside of the Earth (vie aether current). I enjoy the adventure quite a bit. My only problem was that Emilie, in my mind, is about 12 years old and behaves as such, but in the book, it is said she is 16. I’m just ignoring the author and imagining my 12-year-old anyway. Right now, I’m about halfway through this Jules Verne-esque YA adventure book.

Here’s the actually queueing books (that I haven’t started) 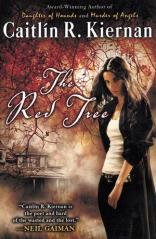 Why do I want to read this? If you haven’t read my gushing review of The Drowning Girl, you won’t know how much I need to read another one of this author’s books. I have no idea what this one is about (and I don’t need to), except that there is another unreliable narrator. And I do love me some of those. If Caitlín Kiernan’s books are at all alike in style, theme, or darkness level, I believe I have a new favorite author on my hands. An author I would never have picked up because I find the covers unappealing. Thank you, Worlds Without End. 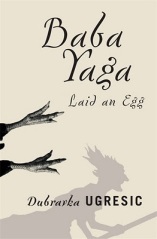 Why do I want to read this? It’s all Catherynne M. Valente’s fault, really. She tore my heart out with Deathless and gave me a taste of Russian mythology. Ever since I read Guy Gavriel Kay’s Tigana,  I wanted to learn more about rusalki. Then Cat Valente comes along and introduces me to Baba Yaga. I now know that I have been missing out on Russian fairy tales for a long time. I will start my journey of discovering Russian mythology with this book here. I heard very mixed things about it and am not sure at all that I will like it – but I’ll give it a shot.

You may think these aren’t all that many books, right? But of course, I’m still trying to read as many of the Nebula nominees as I can fit into my free time (I do have that annoying time killer called work to think about, after all. Plus another semester at university.) as well as some other books I’ve started and am somewhere in the middle of:

Other than that, I still have a lot of catching up to do for my older Books in the Queue. Patrick Ness’ Monsters of Men is eagerly awaiting to be read, Laini Taylor’s Daughter of Smoke and Bone has been jumping at me for months now, Jean-Cristophe Valtat’s Aurorarama just looks at me with sad puppy eyes from my shelf. And I won’t even mention The Handmaids Tale by Margaret Atwood (edit: Ha! Finished it. It was awesome.). It gives me a serious case of guilty conscience for being in my late twenties and not having read it yet.