Just like the short story category, the nominees for Best Novelette are almost universally excellent. Again, there was only one story that didn’t resonate with me at all, but I enjoyed the other five. Some more than others, with two that clearly stood out to me.

The nominees for Best Novelette 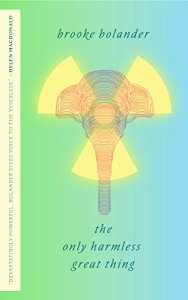 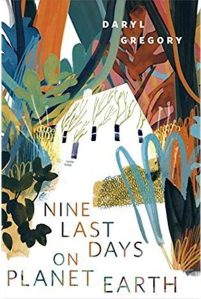 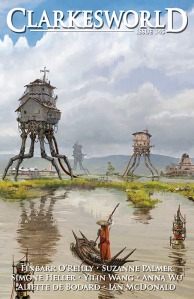 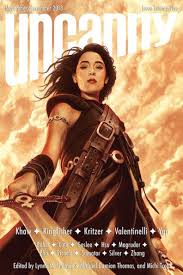 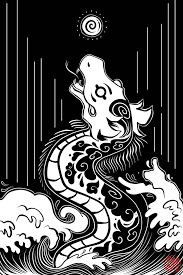 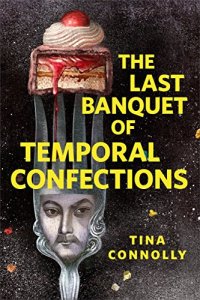 It was a close call to pick Brooke Bolander‘s story for my first place because my top three are all wonderful, ambitious pieces of fiction. What took The Only Harmless Great Thing over the top for me was its basis in reality. It’s the story of one of the Radium Girls, women hired to paint all sorts of equipment so it would glow in the dark. The paint they used – and the fact that they had to lick their brushes to keep them nice and sharp – caused severe physical damage (and I mean gruesome stuff!)  and a very early death. Bolander adds elephants as characters who come with their own mythology and gave the whole story a lovely fantasy vibe. As tough as it was to read, this was my favorite story of the bunch.

Daryl Gregory follows closely with his tale of alien seeds crashing to Earth, messing up the planet with new and unusual plant life. It’s both an intimate tale, following one character as they grow up, have children and grandchildren of their own, but also tells the broader story of the alien plants. I loved everything about this story, the narrative voice, the pacing, the plot, and most of all the characters.

I had read some of Zen Cho‘s fiction before, so I knew I was in for something good. Her story about an imugi trying to ascent to heaven to become a proper dragon, was at the same time tragic and funny. Waiting a thousand years for even a chance is already a sign of great patience. But when the protagonist imugi fails – and not once, but many times – even they have trouble keeping up hope. It takes trying out a different life for them to find the will to keep going, and this is that story.

Tina Connolly‘s story is what it says in the title. A banquet of temporal confections. A baker who can infuse his confections with memories serves a banquet of them to the evil Duke. While there are lovely descriptions in this story, both of food and the memories it evokes, I found this story to be too predictable and a little bit too safe to make one of my top spots. The story unfolds with each course, but you can see from very early on where it is going. So the ending, while technically satisfying, left me thinking: so that was it?

Another story that gives you exactly what you’d expect was Naomi Kritzer‘s novelette about ghost stories. The protagonist researches ghost stories and the people who tell and who believe them, all the while kind of living through her own ghost story. It’s without a doubt an accomplished story well told, but again it lacked that certain something. The protagonist hid her feelings a little too well for me, as a reader, to get involved enough in her story for the ending to resonate. I think I should have felt more than I did.

The only story I didn’t like at all was the one by Simone Heller. I’m still not sure what exactly it is about. A tribe of post-apocalypse (maybe post-Earth) creatures is trying to survive in a hostile environment. There are “ghosts”, there are weavers, none of which are described or introduced properly. Some of what’s going on I figured out by the end, but as I spent most of the story trying to puzzle out what’s going on, who the protagonist was in relation to the others, what they were even doing, and where the hell everything took place, I can’t really say I enjoyed this. Maybe that’s my own fault for not reading carefully enough, for missing some key explanation or hint, but I didn’t like this enough to give it a second try.

I hope to have finished all the nominees for Best Novel by next week and then follow that with the Lodestar finalists. The novellas will have to wait a bit longer because I’m just not in the mood for them right now and I’m trying to keep up with my reading challenges this year. You know how it is: So many books, so little time…

2 thoughts on “Reading the Hugos: Novelette”