I’ve been in love with Helen Oyeyemi’s writing ever since I read Boy, Snow, Bird and although Mr. Fox was a bit too experimental for my taste, her latest novel was a good one again. Not as amazing as Boy, Snow, Bird maybe, but an interesting story that combines fairy tale elements with magical realism.

Influenced by the mysterious place gingerbread holds in classic children’s stories–equal parts wholesome and uncanny, from the tantalizing witch’s house in “Hansel and Gretel” to the man-shaped confection who one day decides to run as fast as he can–beloved novelist Helen Oyeyemi invites readers into a delightful tale of a surprising family legacy, in which the inheritance is a recipe.
Perdita Lee may appear to be your average British schoolgirl; Harriet Lee may seem just a working mother trying to penetrate the school social hierarchy; but there are signs that they might not be as normal as they think they are. For one thing, they share a gold-painted, seventh-floor walk-up apartment with some surprisingly verbal vegetation. And then there’s the gingerbread they make. Londoners may find themselves able to take or leave it, but it’s very popular in Druhástrana, the far-away (and, according to Wikipedia, non-existent) land of Harriet Lee’s early youth. In fact, the world’s truest lover of the Lee family gingerbread is Harriet’s charismatic childhood friend, Gretel Kercheval–a figure who seems to have had a hand in everything (good or bad) that has happened to Harriet since they met.
Decades later, when teenaged Perdita sets out to find her mother’s long-lost friend, it prompts a new telling of Harriet’s story. As the book follows the Lees through encounters with jealousy, ambition, family grudges, work, wealth, and real estate, gingerbread seems to be the one thing that reliably holds a constant value. Endlessly surprising and satisfying, written with Helen Oyeyemi’s inimitable style and imagination, it is a true feast for the reader.

This book felt like several stories wrapped into one. It begins with Harriet Lee, mother of Perdita Lee, trying to get into the social circle of the other parents of her daughter’s classmates. This proves more difficult than expected, despite her generous gift of home-made gingerbread. It’s also the story of her daughter Perdita, who wants to find out more about her heritage and the country of Druhástrana which doesn’t seem to exist yet her mother and grandmother supposedly came from. They even have the accent to prove it.

After Perdita takes radical action in order to visit Druhástrana, Harriet opens up to her about her own childhood on that island nation that is only mentioned as a myth. The descriptions of Druhástrana and the farmstead where Harriet spent her childhood are exactly as dreamlike and fairy tale-esque as you’d expect them to be. This made-up country is filled with weird places, weirder traditions, and some weird people. Whether it’s the Parkers, who train homing pigeons (unfortunately, the last ones never returned) or the Lees themselves, who are farmers like everyone else but who also happen to make the most delicious gingerbread.

It is during that childhood that Harriet meets Gretel, one of the stranger characters of this book. And considering that everybody is a little strange here, that’s saying a lot. But the two girls become friends quickly and it is through Gretel that Harriet gets to leave the farmstead for Druhá City where she becomes a Gingerbread Girl. She and her friends promote and sell their famous gingerbread in exchange for money that they can send home to their poor families. Except, Clio Kercheval, the woman who runs this operation, isn’t all she appears to be.

In fact, the Kercheval family features prominently in this book as Harriet gets to know more of them. Her journey leads her to London, more Kerchevals, and more gingerbread. This is where I stop telling you about the plot – it’s not the main thing of the book anyways. Although don’t be fooled, there is a plot and although it meanders at time, things fall into place at the end and make at least some sense. 🙂
On the way, there are talking dolls, a teenage pregnancy, friendship rings, lottery tickets, and maybe even a ghost. 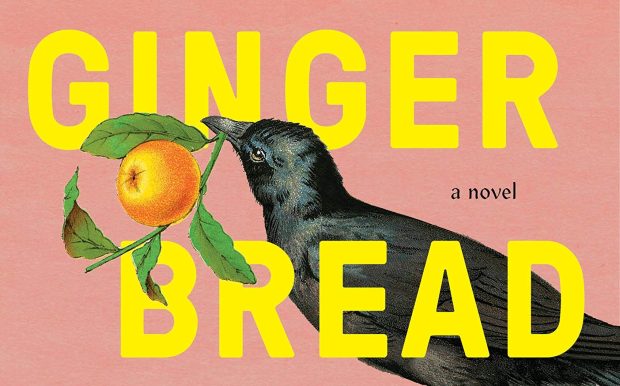 What’s really more important for this book is its characters and their relationships. Most of them are complete mysteries, their motives unknown, their characters difficult to understand, but that was a large part of the appeal for me. I also enjoyed figuring out how everything fits together, learning who Perdita’s father is (her mother never told her) and finding out whether there will ever be a reunion between Harriet and Gretel.

Oyeyemi’s best quality, though, is her writing style. I don’t know any author who writes quite like her. Sometimes, there are pages upon pages that just flow into each other, changing subject rapidly but never taking you out of that reading flow. It’s impressive, to say the least, and at times felt like wandering around in a dream. You go from Harriet e-mailing the other parents to her feeding her daughter gingerbread to her remembering a girl named Gretel, who she made a promise to long ago all in the matter of a chapter but these topics bleed into each other so effortlessly that it all feels organic and makes the book hard to put down.

Although the title and cover could make you think this is a retelling of Hansel and Gretel, it’s not. Oh, there are definitely mentions of the fairy tale, there are hints here and there, little winks to elements of the Grimms’ story but it’s definitely not a retelling the way I understand it. Instead of telling of two siblings who are lost in the woods, this is the story of a mother and daughter who are lost in the world and just now starting to find their place. It’s about an intricate family network, about friendships that last decades, and, yes, about gingerbread. While I didn’t find this tale as exciting and emotional as Boy, Snow, Bird, it had many things going for it and the ending was a thing of pure beauty. I can’t wait to see what Oyeyemi comes up with next.