Today, I’ll look at the finalists for Best Novella for the 2020 Hugo Award. For my take on the other categories, click the links below. As I’m still reading nominated  books and Graphic Novels at the time of posting this, the later links may go live after you read this. I’ll talk about a different category every Monday.

When the finalists were announced, I had already read three out of the six nominated novellas, so naturally I felt very pleased with myself. Fewer novellas to read means more time to catch up on those dreaded series (dreaded because of the amount of books, not the books themselves).

I have to say, my ballot is turning out very differently than expected. The first thing I noticed when gathering my thoughts about these finalists is that this is the first time I didn’t dislike any of them. Usually, there’s at least one that either doesn’t work for me at all or that simply falls flat compared to the others. But this ballot? Holy smokes, there’s not a single thing on here that’s not at least very, very good!
Whether you’re a Hugo voter yourself or not, you should consider picking up any or all of these books.

The Finalists for Best Novella 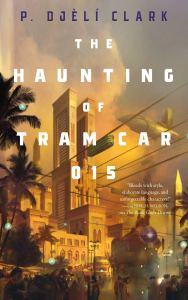 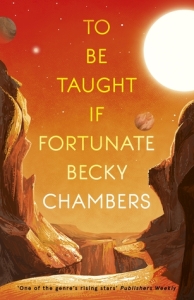 Never, ever would I have expected to love every single novella on a Hugo ballot this much and for such different reasons. Ranking them is super difficult but I’ve at least narrowed it down to areas on the ballot where each should go. Within those areas, I may still change things around a bit until the voting period ends.

I believe This Is How You Lose the Time War was the first of these novellas that I picked up and – much like everyone else who read it – I got something very different from what I expected. It’s not a time travel story and its not really about a war either. It’s an epistolary novel about two agents of the time war, one belonging to a nature-y side and one to a more tech-loving side, who affect events in history for the benefit of their side. But that already makes it sound too much like there’s a plot here. There isn’t. Unless you count their secret letter-writing and slowly budding friendship as plot. While I read this book, I really enjoyed it for the beautiful language and I found that the lack of plot and the complete focus on character didn’t keep me from turning the pages.
But – and here’s where it may have an unfair disadvantage – it’s been a while since I read it and the more I think about it, the hazier it gets and the less I like it. The same thing may well happen to the other novellas on this ballot after time, but all I can say is that when I read this book I would never have guessed it would end up on my bottom spot on the ballot.

I picked up The Deep by Rivers Solomon because of the premise and its interesting origin story. Mermaids who evolved from pregant slave women that were tossed overboard just sounds so intriguing. But I got much more than just a cool premise. This story is about memory, about community, about finding your place in the world and dealing with a horrible past in a way that won’t break you. There were so many things I loved about this. Solomon created a fascinating underwater species with its own culture and language, but they also tell a simple tale of a young person going out into the world to find out who they are. The language is beautiful, the message is deep, and the ending is lovely.

Next came The Haunting of Tram Car 015. I was one of the few people who didn’t like Clark’s short story “The Secret Lives of the Nine Negro Teeth of George Washington” last year, so I went into this with some trepidation. But I shouldn’t have worried because this story turned out to be so much fun! The reason it’s rather low on my ballot is because while it’s about more than just a haunted tram car, it didn’t hit me as much as some of the other nominees.
But please don’t let that deter you from picking this up. It’s definitely the most light-hearted of the finalists and I hope Clark will write more stories set in the same world.

Becky Chambers’ To Be Taught if Fortunate is a curious little book. The one thing that divides most people’s opinion the most is the ending but I think it’s unfair to judge the entire book simply by the characters’ last decisions. I adored how Chambers packs so much into such a slim volume, starting from a new way to research planets (instead of terraforming, you change your own body so as to fit the environment), over the character dynamics in a small close-knit group, to the love for science and discovery. In fact, that’s what I took from this book the most – a sense of wonder at humanity and our wish to learn more about our universe. I’m pretty sure Becky Chambers could make me love mathematics. The joy with which she describes the scientific process is infections.
And for what it’s worth, while I wouldn’t have decided the way the characters did, I was fine with the ending.

Now for the dark horse. In an Absent Dream is number four in the Wayward Children series by Seanan McGuire. I have a history with that series and while I liked the second volume, the third one was so very bad that I didn’t want to continue reading it. But, consciencous Hugo voter that I am, I did pick this up. Again, I have to thank my fellow nominators for pushing this on me because it turns out, I seem to like at least every other book in this series.
We follow young Lundy through a magical door to the Goblin Market which is all about rules and giving fair value. I adored this world and I really liked Lundy and her deep sense of justice. Knowing how it ends took some of the excitement out of it, of course, but this was nonetheless a very good book that hit the emotional notes most of the other instalments couldn’t.
It goes solidly in the middle of my ballot.

The only author I hadn’t read before is Ted Chiang. His praises have been sung for many years, I know the movie Arrival is based on one of this stories (which I’ve yet to pick up) so my expectations were pretty high. And yet, he managed to exceed them!
I read his entire collection Exhalationand it was filled with great stories but Anxiety is the Dizziness of Freedom definitely stood out. With a rather simple sfnal premise – Prisms let you look into a parallel universe which you create by activating the Prism, so you can meet an alternate version of yourself – Chiang tackles questions of humanity, free will, of why life is even worth it if the multiverse holds every possible version of yourself anyway…
This made me feel like I’d watched a particularly excellent Black Mirror episode, although where the TV show is mostly rather grim, this story left me with a sense of hope. And with lots and lots to think about.
So the only author I didn’t know and the book I thought couldn’t possibly be better than my previous favorites is currently sitting in my number one spot.

Ted Chiang and Rivers Solomon are my top spots and they are staying there, although they may switch places… I don’t know, I really don’t. I may also still switch the McGuire and the Clark stories. They were both great but one was more fun and one more bittersweet and I’m just not sure which I prefer. Becky Chambers will stay where she is and I’m afraid Time War will also remain at the bottom. I did enjoy that story while I read it but I have no desire to re-read it whatsoever and I don’t even remember why I liked it so much. That’s just not a good sign.

Up next week: The Lodestar