I discovered the Nevermoor books through Booktube and I am so grateful that I have this fun, quirky Middle Grade series in my life. While I don’t think comparisons to that most famous of teen wizards are quite fitting, these are books that you can just fall into. They are feelgood books that I highly recommend, especially for people who aren’t as lucky during these trying times as I am and need something to lift their spirits. Warning: Big SPOILER for the first book below!

WUNDERSMITH: THE CALLING OF MORRIGAN CROW
by Jessica Townsend

Opening line: Morrigan Crow leapt from the Brolly Rail, teeth chattering, hands frozen around the end of her oilskin umbrella.

Wunder is gathering in Nevermoor …
Morrigan Crow may have defeated her deadly curse, passed the dangerous trials and joined the mystical Wundrous Society, but her journey into Nevermoor and all its secrets has only just begun. And she is fast learning that not all magic is used for good.
Morrigan Crow has been invited to join the prestigious Wundrous Society, a place that promised her friendship, protection and belonging for life. She’s hoping for an education full of wunder, imagination and discovery – but all the Society want to teach her is how evil Wundersmiths are. And someone is blackmailing Morrigan’s unit, turning her last few loyal friends against her. Has Morrigan escaped from being the cursed child of Wintersea only to become the most hated figure in Nevermoor?
Worst of all, people have started to go missing. The fantastical city of Nevermoor, once a place of magic and safety, is now riddled with fear and suspicion…

Morrigan Crow is back and this time, we get to follow her to magic school! It’s a trope many readers love, me among them, so I was looking forward to this book a lot. Turns out, things don’t go exactly according to Morrigan’s (or my) plans but that just makes the story more exciting.

Morrigan is now a member of the Wundrous Society and, together with the rest of her unit, she will learn to use her Knack for the benefit of Nevermoor. Or so she hopes. Things start going downhill when her Knack is revealed to her unit and their mentors – people who have sworn an oath to each other, to keep each other safe, to be a found family, to always look out for each other. But Morrigan being a Wundersmith complicates matters and makes her very much an outsider in the group that was supposed to be her home.
Add to that the fact that, unlike the others in her unit, she only gets to go to one class, dealing with the history of Wundersmiths. While her best friend Hawthorne gets to ride dragons, learn their language, and acquire all sorts of useful skills, Morrigan reads endless passages about the terrible deeds of all the Wundersmiths that came before her. Oh yes, and lets not forget that people are mysteriously disappearing all over Nevermoor and nobody seems to have any idea what’s happening…

The magic school trope usually works really well for me and Jessica Townsend did not disappoint when it comes to originality. All the little rules and quirks of Morrigan’s new life made me smile and appreciate this magical world all the more.  Whether it’s the small W appearing on Morrigan’s index finger, the door that leads to her unit’s very own Wunderground station, or the school Mistresses, there is something fun and quirky to discover on every page.
But at the heart of this story is Morrigan’s relationship to the people around her. Jupiter is super busy and rarely has time for her, Hawthorne sticks to her no matter what, but the rest of the unit are not big Morrigan fans. When a blackmail letter arrives at their station, forcing one of Morrigan’s friends to do something terrible in order to keep her secret (about being a Wundersmith), this doesn’t exactly help her grow closer with her unit. 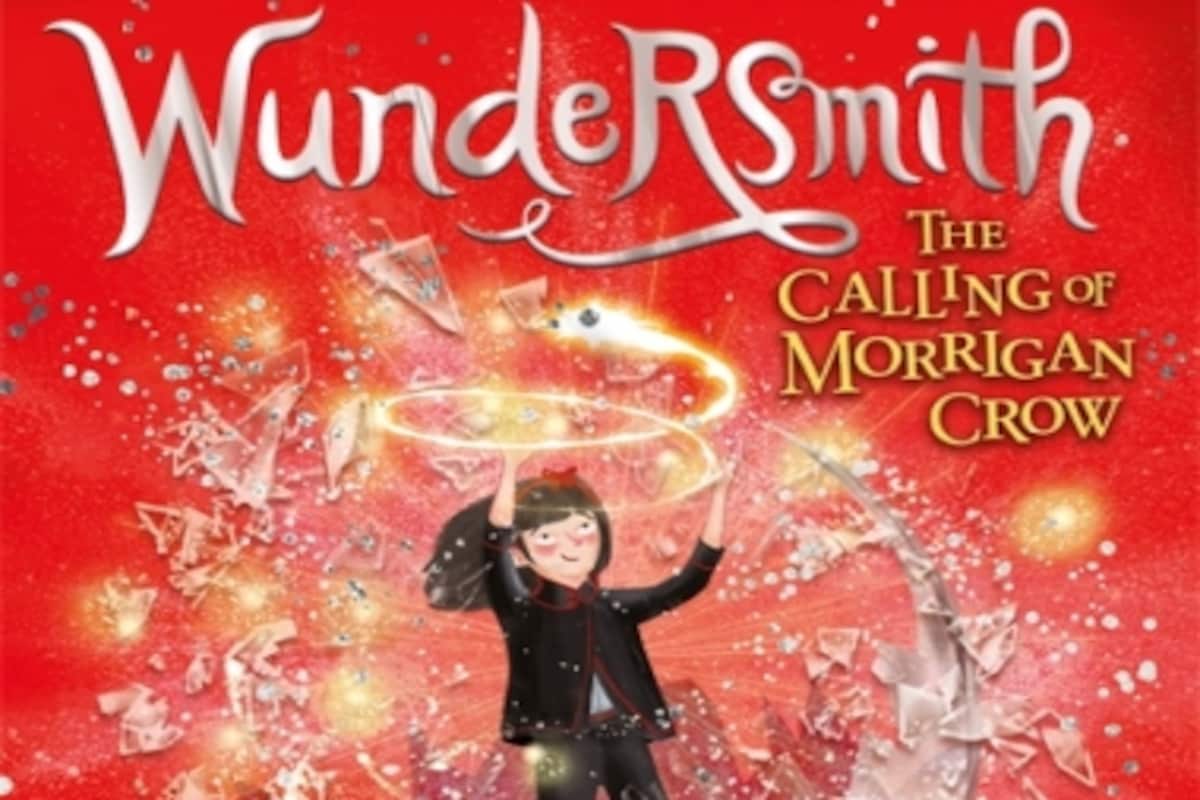 In this second instalment, you’ll meet all your favorite (and not so favorite) characters from the first book as well as some new ones. Morrigan’s classmates may not like her very much, but I liked them a lot as a reader. There are also tons of new things about the city of Nevermoor that were so much fun to read. Tricksy Lanes were probably my favorites, but Morrigan’s Knack slowly coming to life also kept things interesting. And learning about old Wundersmiths – while super boring for Morrigan – helped flesh out the world building and give us more background on why Wundersmiths are so feared. Not to forget the subplot about people going missing. That was my least favorite aspect of this book and although things come together at the end, I didn’t feel like this thread was needed for the larger story. Then again, I have no idea what Jessica Townsend plans for the next book so I might be completely wrong here.

Morrigan spirals lower and lower during this book and ends up feeling almost as lonely as she did before she ever came to Nevermoor. But this being a Middle Grade novel, albeit a darker one than the first volumen, you can rest assured that things will turn out mostly alright by the end. You can also expect some twists and turns along the way, as well as the trademark heartwarming love between Morrigan and Jupiter (and all her friends). I loved this book. It’s a fun adventure story but it has so much heart that it makes you all warm and fuzzy inside. The third – and final, at least for now – book will come out later this year and I’ll be very surprised if I don’t pounce on it the moment it is out.

One thought on “Jessica Townsend – Wundersmith”