Susanna Clarke blew everyone away with her brilliant, chunky novel Jonathan Strange & Mr. Norrell. I loved that book so, so much – it is one of my all-time favorites – and was all the more excited when I found out she had finally published a new novel. It has nothing to do with Jonathan Strange and is quite different in every way except one: It’s just as brilliant and shows Susanna Clarke’s amazing skill as a writer.
And what a breath of fresh air after I plowed through the slog that was The Rage of Dragons…

Opening line: When the Moon rose in the Third Northern Hall I went to the Ninth Vestibule to witness thejoining of three Tides.

Piranesi’s house is no ordinary building: its rooms are infinite, its corridors endless, its walls are lined with thousands upon thousands of statues, each one different from all the others. Within the labyrinth of halls an ocean is imprisoned; waves thunder up staircases, rooms are flooded in an instant. But Piranesi is not afraid; he understands the tides as he understands the pattern of the labyrinth itself. He lives to explore the house.

There is one other person in the house—a man called The Other, who visits Piranesi twice a week and asks for help with research into A Great and Secret Knowledge. But as Piranesi explores, evidence emerges of another person, and a terrible truth begins to unravel, revealing a world beyond the one Piranesi has always known.

For readers of Neil Gaiman’s The Ocean at the End of the Lane and fans of Madeline Miller’s Circe, Piranesi introduces an astonishing new world, an infinite labyrinth, full of startling images and surreal beauty, haunted by the tides and the clouds.

Piranesi is a departure from Clarke’s previous work in more ways than one. This relatively slim novel (especially compared to the 1000 page Jonathan Strange) should not be underestimated, however. It tells, through journal entries, the story of Piranesi, who lives in the House, a gigantic complex of halls lined with statues. The lower floors are flooded by the ocean, the upper floors are among the clouds, so Piranesi lives on the ground floor, exploring his world Hall by Hall, taking meticulous notes of everything he finds.

When reading this book, I first noticed two things. Number one: We start the story in an utterly strange place that obviously hides a mystery or two. I kept speculating where we were, if the House is a place in the real world, or a secondary fantasy place, if it was maybe all in Piranesi’s head or some sort of crazy dream… Number two: Piranesi’s notes are astounding! Not so much because they reveal things of great interest to the readers – describing various statues or the behaviour of the birds who live in the House alongside him aren’t all that exciting, to be honest – but because he works and writes like a scientist. His “research” is systematic, he indexes his journals for later reference, he has figured out how the Tides move and when certain Halls on his level will be flooded. He mostly does this research for himself, because it gives him pleasure to explore his beautiful world, but sometimes the Other, the man who meets with him every Tuesday and Friday, sends him on little missions to find out things for him.

It felt a little like being in a dream myself, wandering the Halls with Piranesi, and at the same time I was kept constantly engaged because I was trying to solve the mystery of this place. Fair warning, it takes a little while before the secrets unravel and it becomes clear who and where Piranesi really is, but I don’t think that’s even the point of the novel. Although the Halls are described as being much the same, Piranesi’s perception of them and the meaning he gives each individual statue, each flock of birds, turns it into this wonderous place that’s kind of appealing.

One thing I personally  wouldn’t like about the House – and the thing Piranesi sometimes feels makes his  home just a little less perfect – is the loneliness. He takes good and proper care of the bones of the 13 dead people in the Halls and he looks forward to his meetings with the Other, who sometimes brings him gifts. Other than that, Piranesi is alone with his work, catches fish and collects seaweed for food, makes and mends his own clothes to the best of his abilities, and lives a rather happy life, surrounded by the beauty of his home. 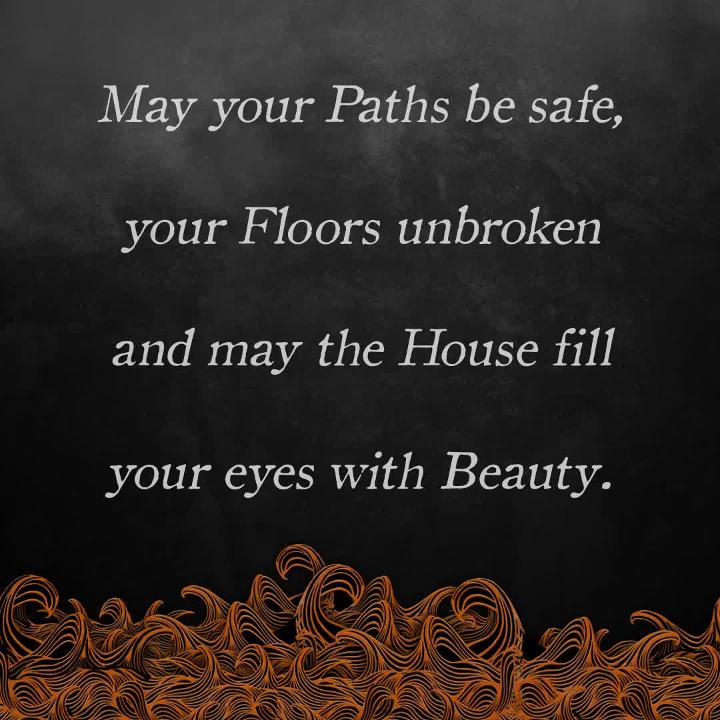 I can’t really tell you any more than that without spoiling the plot for you. But let me assure you that there is a plot and that I, at least, found it intriguing and exciting. Although again, it’s not so much what’s there on the surface level as how Piranesi deals with everything. I’ll be super vague so as not to spoil, so forgive me if I don’t make complete sense. Piranesi is helping the Other on his search for the Great and Secret Knowledge, something that will grant them the power to control lesser minds, to live forever, and even to turn into an animal at will. But when Piranesi starts questioning whether such knowledge – if it even exists – should be sought at all, the Other shows him that there are holes in Piranesi’s memory. Things don’t add up. The Other says they’ve had conversations which Piranesi can’t remember and is sure never happened. So Piranesi does his best to retrace his steps and figure out whether his own mind is fraying or whether, maybe, the Other is the one whose memory fails him.

It is with books like this that I wish I was a smarter person. While I caught many metaphors for religion, belief, and human life, I am certain that I missed so many others! This book just screams to be re-read over and over again, not only because it will be a rather different story once you know how it ends but also because your focus can shift from trying to solve the mystery to other things. I am deeply impressed that Susanna Clarke managed to make such a confined (if vast) setting feel vibrant and alive. There’s only Piranesi and the Other in the House (and the birds and fish, of course) but the way Piranesi gives meaning to the statues makes them almost feel like characters themselves.
And Piranesi, at the same time a very simple person doing his “job” diligently, is also clearly an educated man. He is both clever and gullible, easy to trust and unnecessarily suspicious. Reading about him, in his own words, was just amazing, especially because he grows as a character so much.

That’s sadly all I can talk about if I don’t want to give anything away. But I think it’s clear that I loved this book. It’s not the same kind of love I have for Jonathan Strange & Mr. Norrell because I spent a much longer time with those characters, but by the end if Piranesi, I had come to care about him as well. The House itself also grew on me which surprised me a bit because, beautiful as Piranesi describes it, it is essentially a series of rooms with pretty statues and not much else. But even if I hadn’t liked Piranesi as a character, Susanna Clarke’s writing would have made up for that. It’s not particularly flowery (as that would be of no use for Piranesi’s notes) but damn, does it create atmosphere. I loved the eerie quality, that feeling of not getting the whole truth, of following a not-quite-reliable narrator through this complex labyrinth of marble rooms.

Piranesi is a book that’s hard to describe. It has to be experienced. If you’re the kind of person who gets scared with horror books but still wants something atmospheric for October, I highly recommend this one. There are no jump scares, no zombies or monsters trying to suck out your soul, but it does have this slight creep factor, when you know something is just a little off but you can’t figure out what it is. This isn’t a horror book but it gave me goosebumps nonetheless – the enjoyable kind. 🙂
The ending managed to be bittersweet but leaning towards hopeful and I couldn’t have imagined a better one. I closed the book feeling satisfied but knowing that, in a few years, I’ll probably come back to it and the gorgeous Halls the make out Piranesi’s House again.