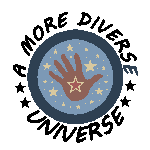 After a bit of a rocky start, I am now convinced that the Tor.com novella lineup is excellent and will continue to be so. Nnedi Okorafor hasn’t managed to capture me this much since Who Fears Death. Both her first contact story Lagoon and Who Fears Death’s quasi-prequel The Book of Phoenix were good books that somehow didn’t reach me emotionally. Now Binti was everything I had been missing from these two. A wonderful, wonderful story! 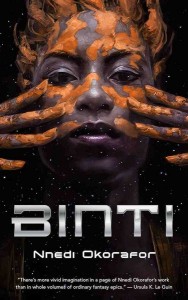 First sentence: I powered up the transporter and said a silent prayer.

Her name is Binti, and she is the first of the Himba people ever to be offered a place at Oomza University, the finest institution of higher learning in the galaxy. But to accept the offer will mean giving up her place in her family to travel between the stars among strangers who do not share her ways or respect her customs.
Knowledge comes at a cost, one that Binti is willing to pay, but her journey will not be easy. The world she seeks to enter has long warred with the Meduse, an alien race that has become the stuff of nightmares. Oomza University has wronged the Meduse, and Binti’s stellar travel will bring her within their deadly reach.
If Binti hopes to survive the legacy of a war not of her making, she will need both the the gifts of her people and the wisdom enshrined within the University, itself – but first she has to make it there, alive.

Binti is running away from home to follow her dream. She wants to study at the renowned Oomza University which happens to be on a different planet. So right from the start, I was invested in the story. Without knowing anything about Binti, I think everybody understands the feeling of wanting to escape your parents’ plans for you and follow your own way. Except if Binti really leaves, she knows she can never come back, so the stakes are pretty high.

On her way to Oomza University, Binti sticks out because of her appearance. The Himba people have such a rare supply of drinking water that they don’t waste it like other people do. For cleaning themselves, they use otjize, a paste made of red clay and oils – just look at the amazing book cover. The use and preparation of otjize is described beautifully, and I felt just as anxious as Binti when her pre-made supply threatened to run out. What little she has brought with her is her only real, tangible connection to her home – for the rest of the story, she will be on space ships or on a different planet. Having a piece of your home with you makes travelling a little easier.

When Binti meets the alien Meduse, she needs to act quickly and make smart decisions, not just to save her own life but also her future. I loved Binti’s character so, so much. Knowing what you want and going for it are two very different things and Binti is trying to keep her culture alive, even after being faced with things that change her world view, even her body.

My favorite part was probably the relationship that Binti builds with an essentially hostile alien race. She comes into it with prejudice – after all, the Meduse are known to have killed a lot of people – but her mind remains open enough for her to rethink and change her understanding of the Meduse and their motives. This doesn’t happen overnight, of course. Somebody has to make the first step, somebody has to trust the other enough to meet and talk without protection, without weapons. Binti wants to make things right and uses her mind, her kindness, and her empathy to do it. It’s not only a struggle to find common ground with the aliens, she also has to consider the cultural differences between herself and the humans in Oomza University. Binti is the only Himba to ever be accepted there, so to the people there, she may appear almost as alien as the Meduse. 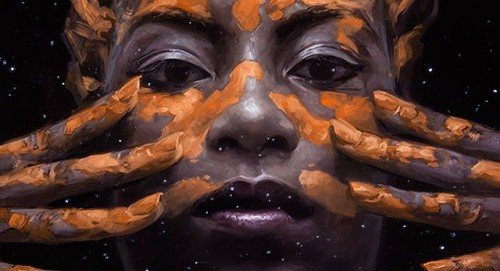 I loved how Okorafor took a story that could have easily been a stale coming-of-age, woman-runs-away-from-home tale, and gave it a twist that puts the fate of an entire planet at risk. The language flows beautifully, the book is impossible to put down.

There is also a fair bit of world-building in these 96 pages. Binti’s people are highly skilled in mathematics, and Binti herself is the best among them (well, her and her father). This addition of maths and currents makes this an interesting science fiction world that made me want to explore it more. So maybe Nnedi Okorafor will follow in Paul Cornell’s footsteps and write us a sequel to her Tor.com novella – I’d be the first to buy it!

This is a very short novella that doesn’t waste a single word on unimportant stuff, but it packs a punch on every page. Really, everything about this was wonderful. Binti’s character, the connection she builds with the Meduse, her inner struggle about who she is and what it means when parts of her become suddenly different… Unsurprisingly, I read this in one sitting and ended up wanting more. In my opinion, this is by far the best thing Okorafor has written since Who Fears Death!